Covid has been difficult for everyone. Mark and I both had it back in January when we went to Tenerife. At that time, we didn’t know what it was. Word about it was just beginning to appear on the news. We thought we just had a bug. I’m not going to lie to you, it was quite bad. I got off lighter than Mark. At one point I thought I was going to have to call an ambulance as he was struggling to breathe but, as we thought it was just a virus, we pushed through. Mark lost 22lbs in the ten days and I lost 8lbs. Not the best holiday ever but hey ho! 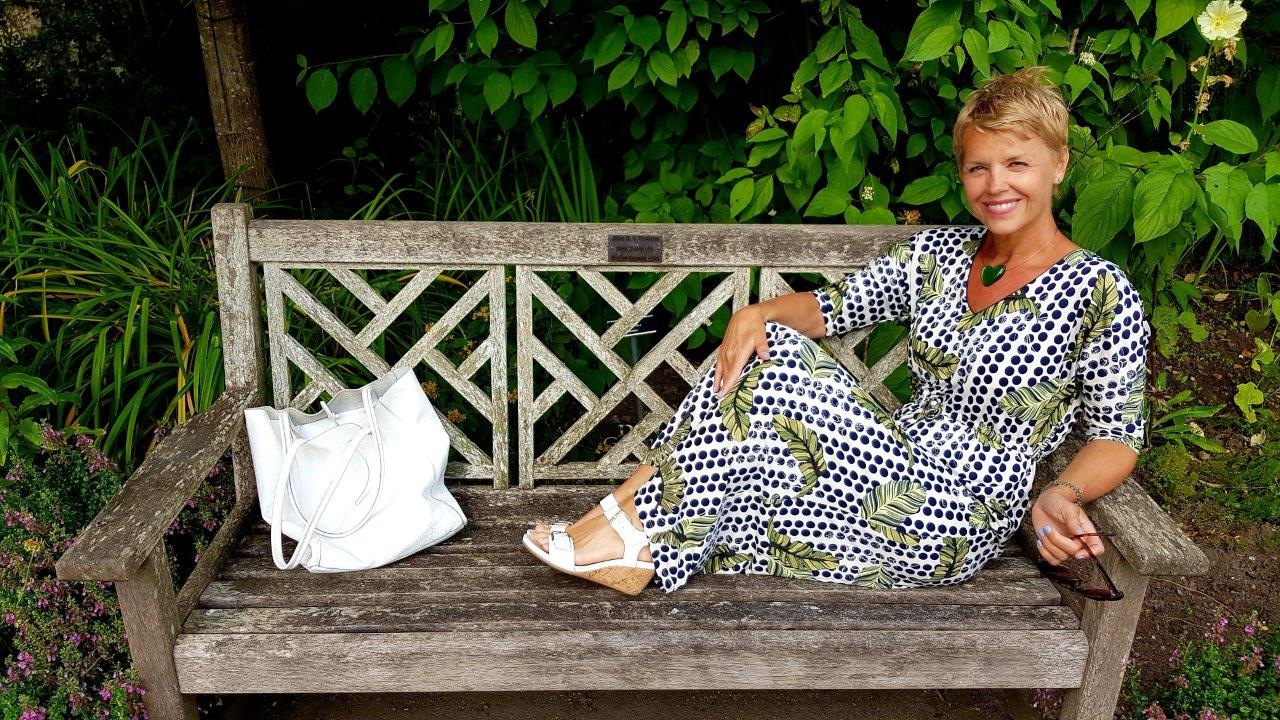 I think it’s been tough on those shielding. My 83-year-old mum being one. As she’s in that age group, she decided to stay indoors. She’s physically very fit and, if you were to meet her, you wouldn’t think she was in her eighties but nevertheless, watching the news has put the fear of god into her and she thought it best to shield. 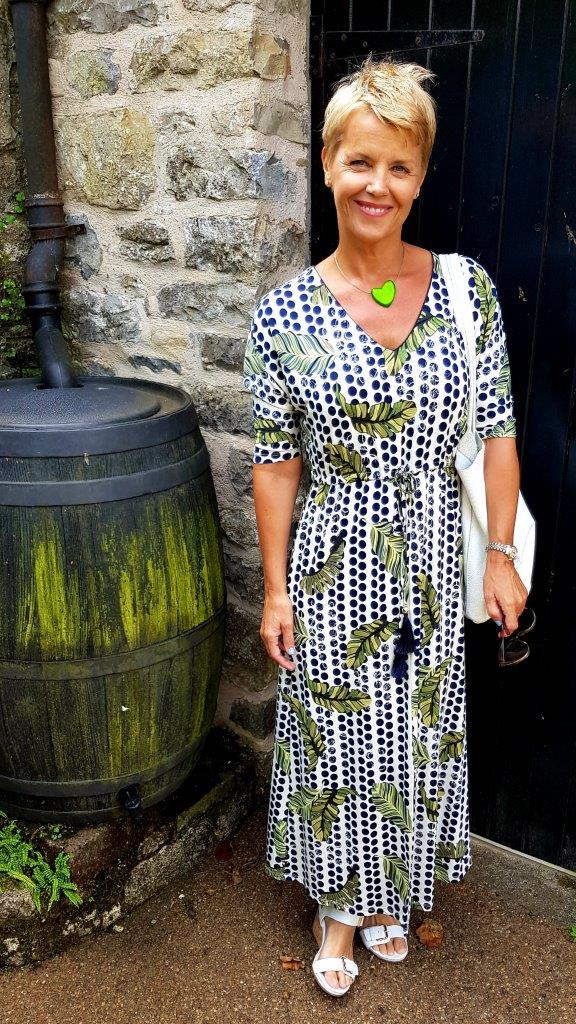 Now that things are easing up, and the fact that she’s going stir crazy stuck indoors, she decided another trip out was in order.  As she enjoyed her last day out in Cowbridge, we decided to go there again rather than a crowded supermarket or a popular, crowded garden centre. 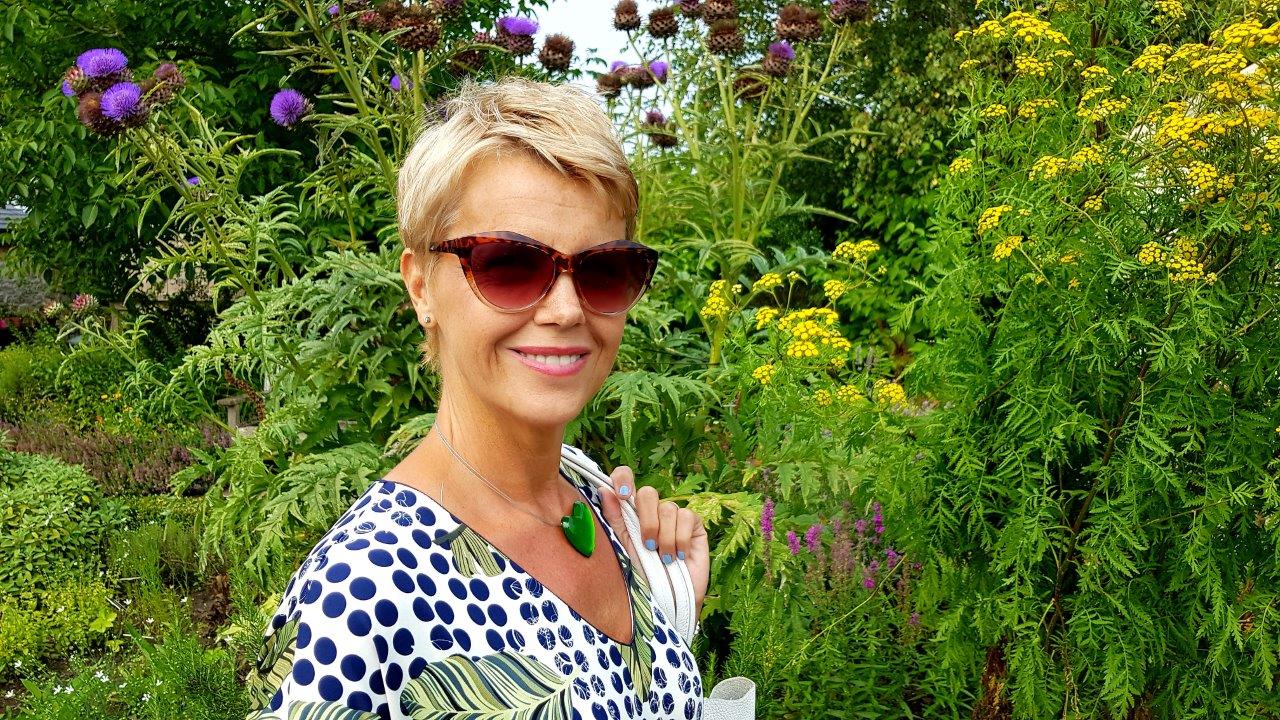 We popped into the Physic Garden which is another of her favourites. It was a good day to visit as the flowers were looking particularly lovely. We even picked a couple of pears each (we hope there was no CCTV!)

Mum loves a mooch around charity shops and there was one open, so we had a look around there too. 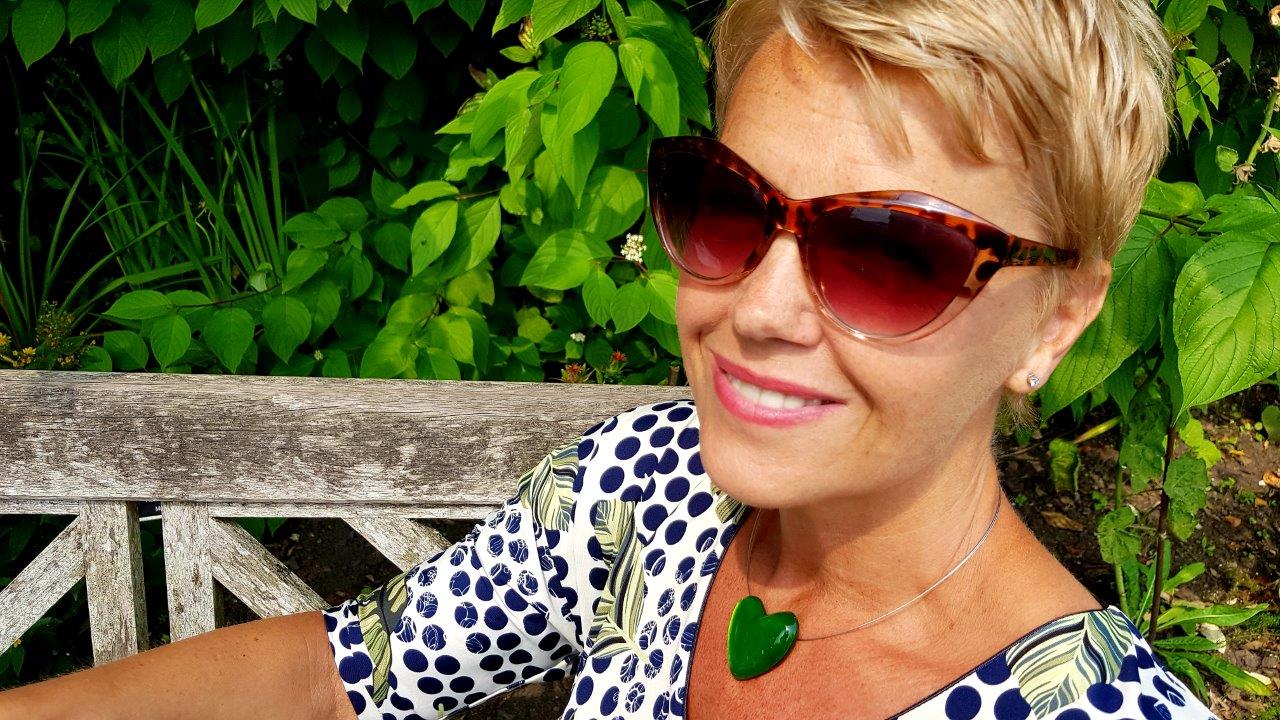 Even though we didn’t see that many people out to chat to, I did get a few compliments on my dress, which I had bought pre-lockdown from one of my favourite boutiques, Tallia. I love being able to pick up something a bit different and not likely to be seen on many other women and that’s what shopping at a local boutique gives you. 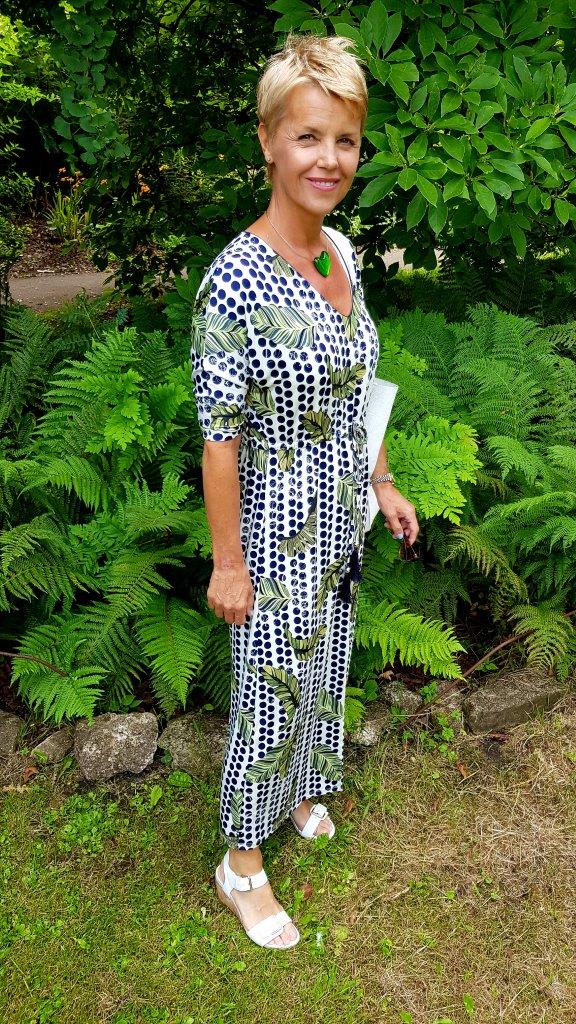 Mum also likes it when her daughters get compliments as she says she takes it as a personal compliment that she’s brought us up to try and make an effort when we go out.

Even though it was a very hot day, it’s never too hot for a blooming good coffee and, as we know that’s exactly what you get from The Penny Farthing, that’s where we headed next before we made our way home. 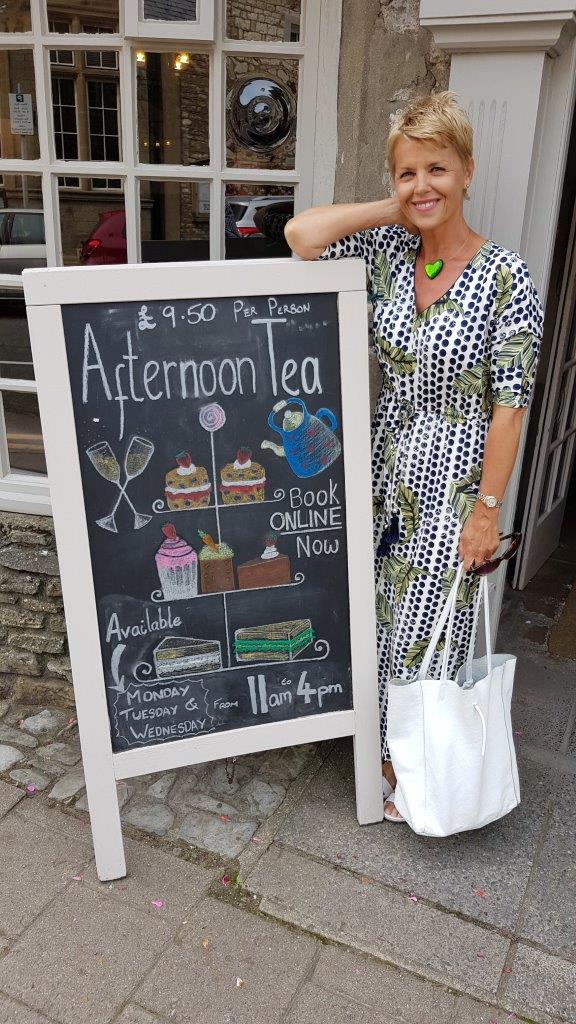 Mum’s looking forward to our next day out. I’ve got a couple of ideas on where to take her next. Hopefully by then, more and more businesses will have opened, and she will have gained even more confidence by then. Little steps! 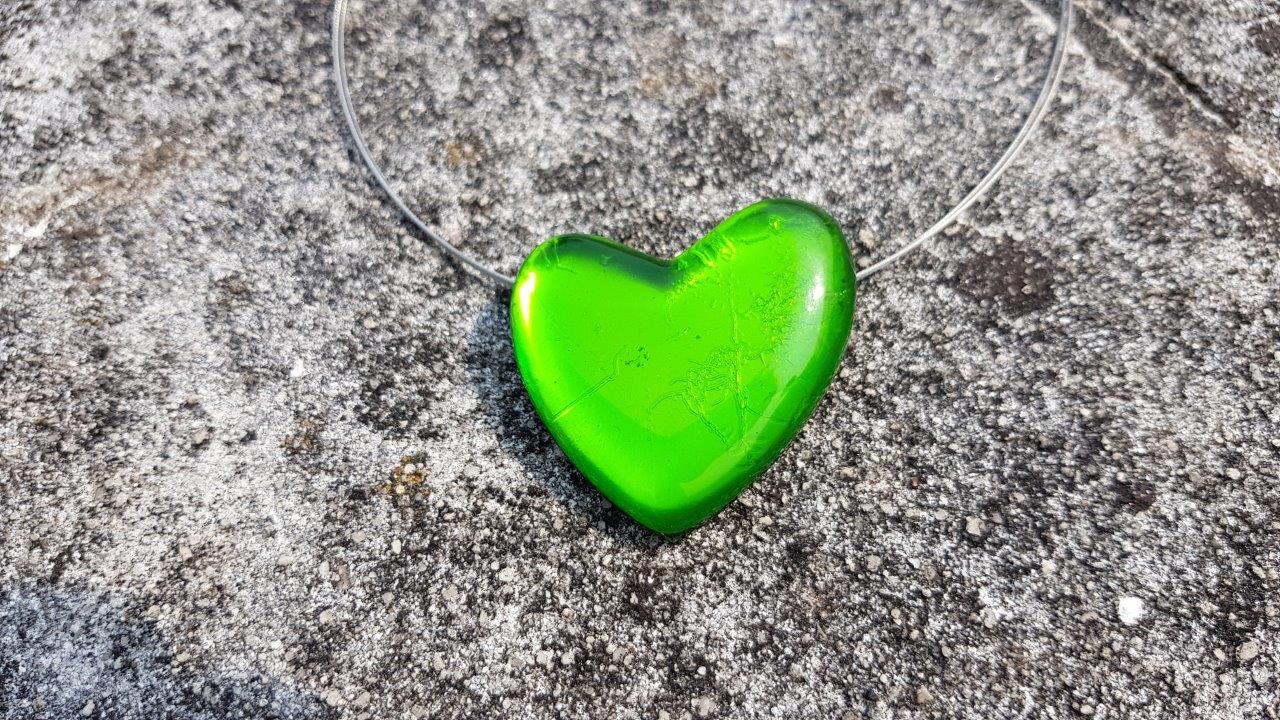 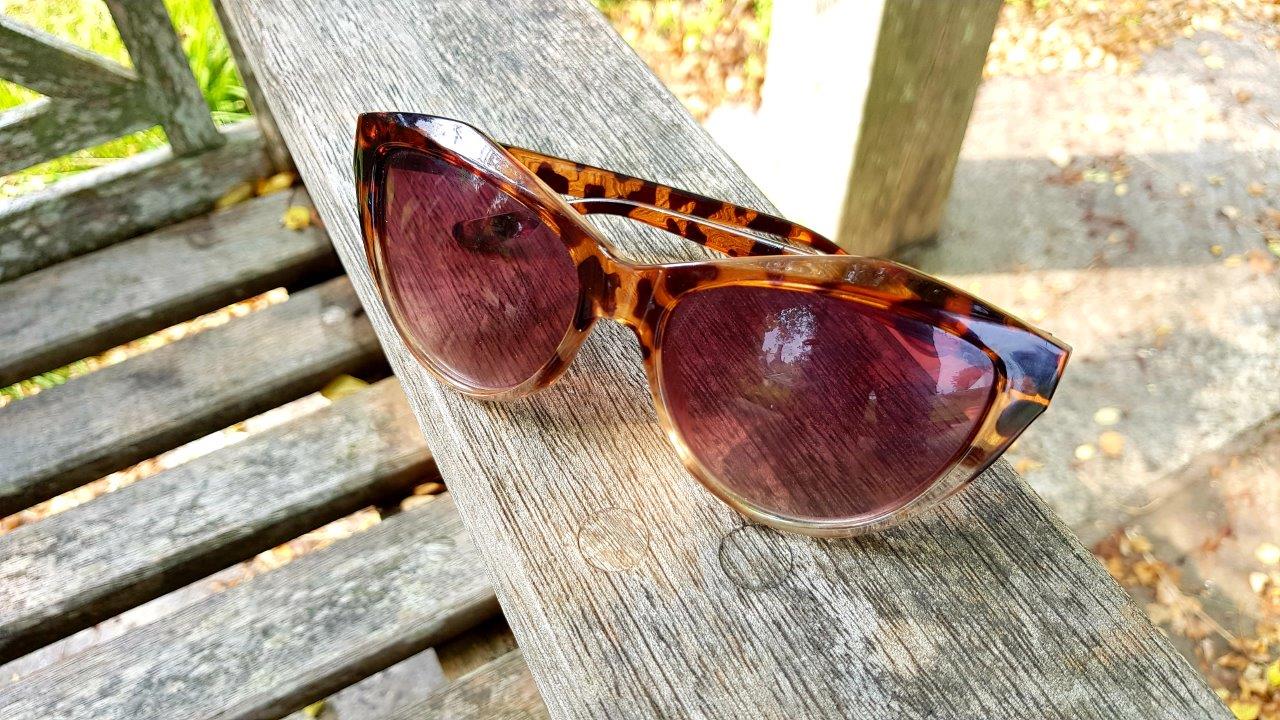 When? Early weekend in August

Want to know more about Cowbridge?
Visit the Vale Life website and search for Cowbridge. Any posts mentioning Cowbridge will be listed. You can also serch for businesses too – like Happy days. #ValeLife #VogueOfTheVale